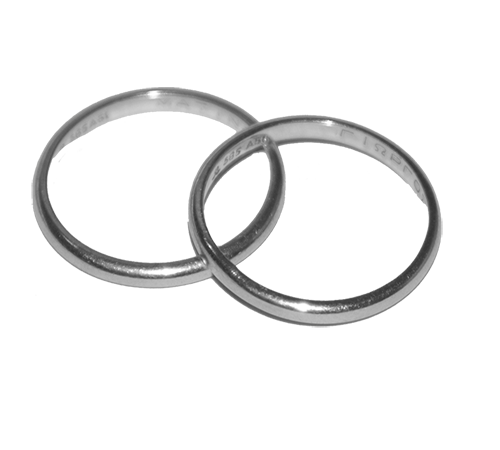 It was 1995 I was serving in the 2nd Police Department of Ioannina. The next day, August 29, the press wrote that those gendarmes who are married until August 31 will have their marriage recognized, while those who get married after August 31 would be kept in custody. Then after my service I met Triantaphyllia Zouni in Kourmanio and we decided to be married the same night without our parents knowing. I found my godfather and told him to marry us. He wrote the permit and sent it to the priest of Agia Marina and at 9:00 we were married. The next day I told my commander that I was married and he told me that I would go to the detention center for 10 days after my service.