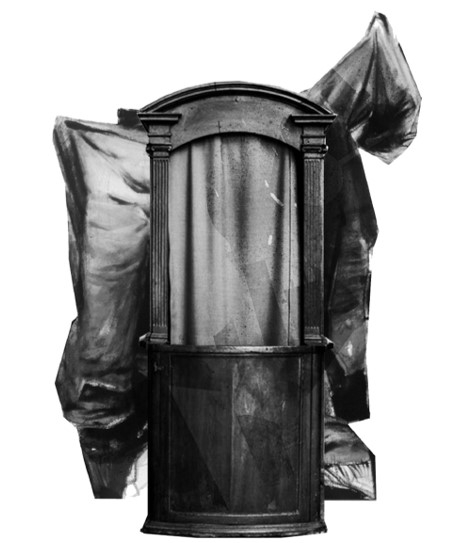 “Booth” is a digital tool which allows the automatic production of video related to stories from the past recorded by the audience itself. Through a series of questions and answers, users have the opportunity to see their oral stories visualized and converted into short video animation, gaining new life through artistic interpretation and digital media.

The PALIMPSEST Team designed and categorized an extensive library of pictorial material, which is in a constant process of enrichment and renewal, and which feeds Booth. Then the program, having as data the files of the iconographic material and based on general parameters that have been designed by the project team, composes and produces in real time video animation of the users’ narratives. Users can constantly generate new animations for their stories, however the way this is done is an internal logic of the program, thus making Booth itself a tool and co-creator of the final result.

The Booth has all the characteristics of a hybrid tool, in which there are some rules and a structure that is organized in advance and from above but at the same time there is a bottom-up development without significant limitations and without predicted evolution into a development that is endless.

Booth’s case explores how engagement and co-creation can be supported when the audience is facilitated to produce content that works for both themselves and others.

Booth’s differentiation from the simple recording of oral narration lies in the fact that it contains it but at the same time expands it as it transforms it into a co-production that expresses a whole and not a unique, individual and exclusive narrative. Just as in the past, the tradition was based on the delivery of cultural goods in successive phases and the processes of appropriation and transformation by their temporary owners. Booth attempts to record the stories on audiovisual material created at the same time by the narrator, the team that edited the pictorial and audio material, the team that, in advance, matched it to the answers given by the narrator, the developer and the program itself.