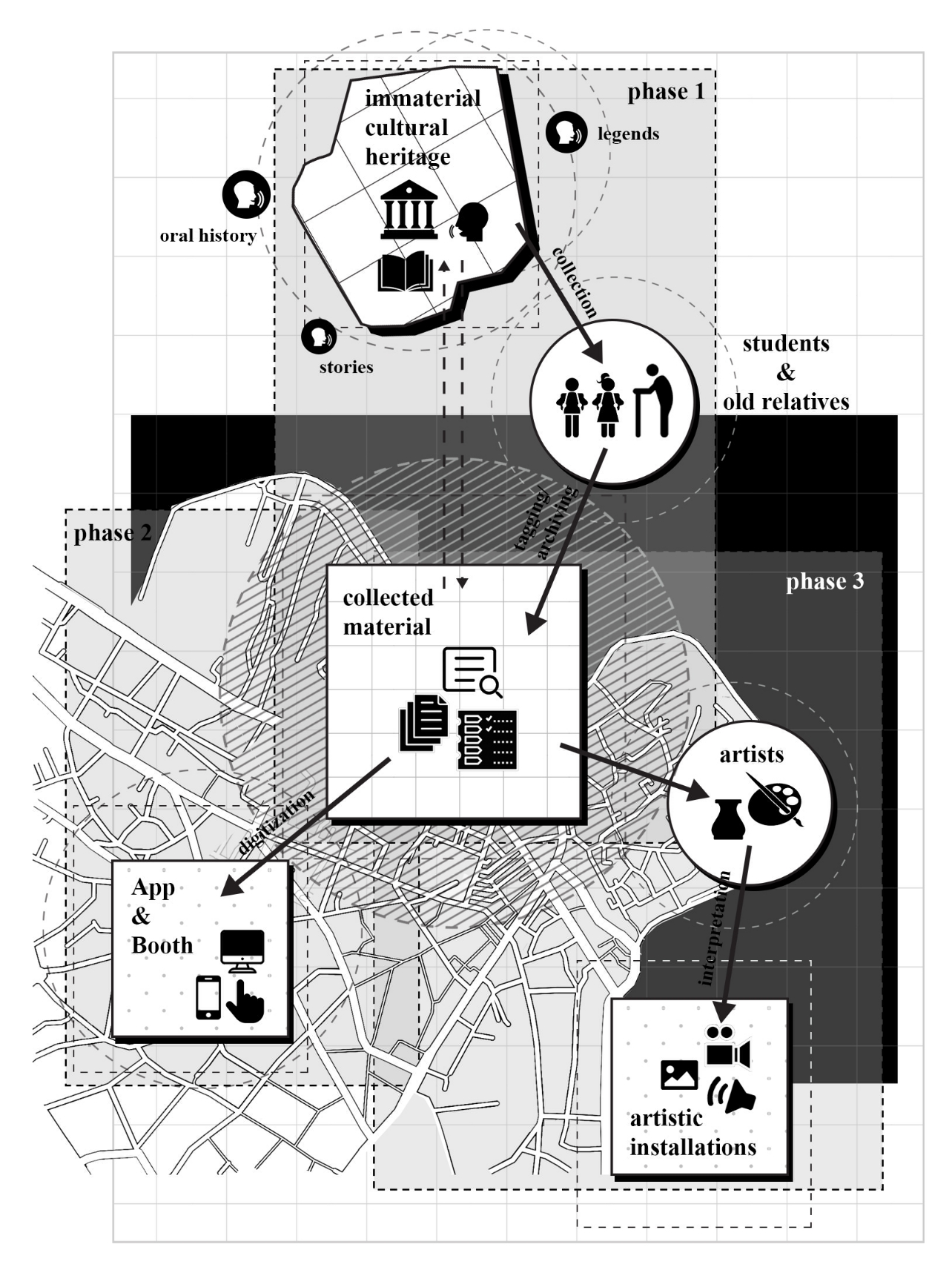 Methodologically PALIMPSEST is a hybrid. A hybrid of different fields, of distinct categories, of diverse typologies. Therefore, its methodology is constantly being elaborated and reconsidered. The project is also a hybrid of top-down traditional organization and bottom-up, participatory approaches. During its implementation, and because of the genuine interaction with agents and actors exterior to the project, the methodology is continuously reviewed and re-adapted. It is a process of open co-creation.

The project is set out in separate but interconnected stages.

The project’s first stage involved an initial archive, created with the participation of schools and trans-generational collaboration. Students, sook stories and memories related to the urban fabric of the city, from elder people in their familiar environment. They transcribed them, guiding the narrators to points that interest them and then they tagged, categorized and archived them. The tags used were partly defined freely by the students and partly by the selection from a given tank of tags. Also, the media used to record the stories were chosen by the students.

In the second stage, the collected material was uploaded on a digital application open for the public. The users can search for stories and events using filters, they can add stories following a similar procedure, as well as add comments to stories that already exist or suggest links among stories. This archive has all the features of a post-alphabetic archive, that is, a hybrid archive, which combines, top-down rules and pre-existing structure, with bottom-up, unrestricted and unforeseen development.