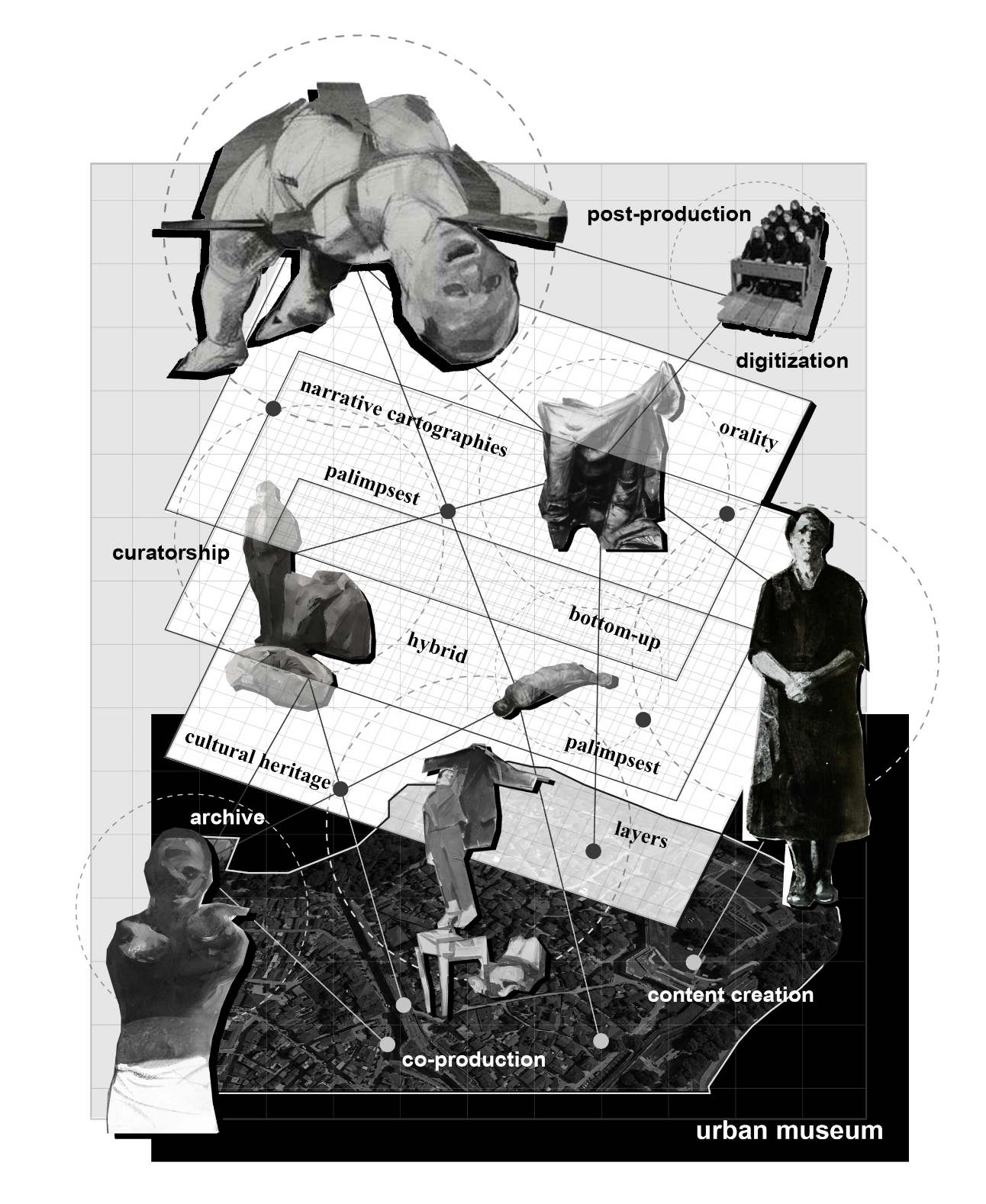 PALIMPSEST (Post-Alphabetic Interactive Museum using Participatory, Space-Embedded Storytelling) is a Interreg V-A Greece-Italy project, that works upon cultural heritage and reshapes it for the digital age, by applying the concept of the city as a palimpsest. Cultural Heritage constitutes one of the city’s most valuable elements and assets, as it provides the subject with the opportunity to relate to the urban space and reactivate its sense of historical, spatial and temporal continuity as well as the feeling of community and belonging.

PALIMPSEST introduces a new type of museum experience. With the project fully developed, you are able to witness urban legends and forgotten stories come to life in a mixed reality setting.

PALIMPSEST creates an interactive archive of urban legends and stories and takes place in the regions of Epirus (GR) and Puglia (IT). The first phase of the project involved collecting these stories. During this phase, primary school students were asked to get in contact with elderly family members in order to gather information about urban legends. The second phase involved creating a mobile app with a map that pinpoints the exact locations in which the collected stories took place. During the third phase of the project, artists were invited to create interactive art installations inspired by the collected stories. The artworks were installed in the locations pinpointed in the map and visitors are able to activate them on-site. Finally, the stories, the mobile app and the art installations are interconnected in order to transform the in-situ archive of urban legends into an integrated museum experience.

Post-alphabetic is the term McLuhan used to define the change that digital media would bring to our understanding, interrelation and mental construction of the world (McLuhan 1962). Decades after McLuhan’s prophetic writings the post-alphabetic era is presented as an era where definitions, limits, categories, taxonomies, typologies and hierarchies succumb to the proliferation of mixtures, combinations, fluidity and hybrids. PALIMPSEST is post-alphabetic because it opts for mixing rather than separating, it prefers merging rather than detaching; it is post-alphabetic because it acknowledges subjective and multiple truths as more powerful and reasonable than a unique and objective truth; it is post-alphabetic because it engages experts from multiple fields with the general public in the co-creation of a common, shared construction.
The visitor is neither a passive spectator nor a consumer of museum experiences. The APP generates interactive content – an APP designed to involve the user’s in- put and respond to his/her actions, capturing attention right from the start. The user is no longer just a recipient of information – actions set PALIMPSEST in motion! Interactivity adds another layer to PALIMPSEST’s museum experience. Everyone is able to download the APP and immerse oneself in art installations that will be waiting in public areas. These installations cannot be activated without the active human agent, that will engage with them, explore their content and add a new layer in the city’s palimpsest.
The Museum is transformed in this post-alphabetical phase into an open basis, where each visitor can interact to create personal interpretations, interactions, narratives, in a digitally enhanced spatial context. The curator’s authority as a specialist who oversees and controls the Museum cannot resist the pressure exerted by the digital sphere, as is the case with the creator’s authority. The Museum becomes less hierarchical and rigorous, more anarchic and open but at the same time more spectacular and commercial. Digital reproduction as well as continuous post-production introduce new questions to the visitor-exhibit relationship that obviously affect the context of this relationship, namely the Museum.
PALIMPSEST introduces a groundbreaking, participatory museum experience, where the public will be in charge. The users are able to collaborate with PALIMP- SEST’s Team and shape the museum’s content. Participants are encouraged to download our app and upload forgotten tales, photos of family heirlooms, 3d models of historical objects, etc. The user is able to share his/her content, shape the preexisting and at the same time, he/she is able to add another layer of history in the city’s palimpsest. The project is not based on passive consumption, but active participation. The public becomes the project’s curator and trustee. PALIMPSEST creates a spectacle that everyone can enjoy and, at the same time, it creates a situation where the visitor is not just a passive recipient but an active participant.
PALIMPSEST isn’t strictly limited within an exhibition space. On the contrary it’s content is scattered all over the involved cities’ historical centers and embedded in public spaces. The artworks and installations are inspired by urban legends and old stories, so each and every artwork’s identity is inseparable from its physical location and surroundings. PALIMPSEST aims to re-install local lore into real-world environments, and by that old stories reclaim their rightful spaces. The art installations are embedded in public spaces and only become visible if the user activates them. This will give the ability to the public to experience urban legends where they originally took place. Dull places are now transformed into immersive, interactive encounters.
PALIMPSEST is not concerned about historic truths – it is intrigued by orality and aim to preserve urban legends and stories. Local lore should be passed on and shared, because stories create a sense of community. PALIMPSEST helps people come together in a creative context while they delve into storytelling, a craft that is as old as time. The project aims to re-engage urban inhabitants and encourage them to collect and organize – or, in other words, interpret – information about the involved cities’ past. At the same time, visitors can listen to other people’s stories and uncover lost layers of the cities’ past. This offers a possibility to strengthen the connection among past and future generations through sharing common experiences.