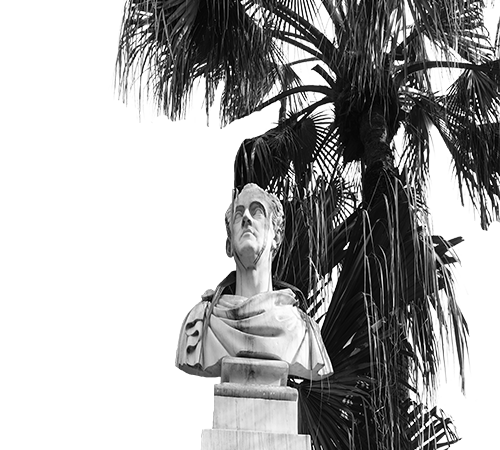 October 28, 1940. Schools closed. The teachers had been recruited and were on the front lines of the war in Albania. We, as children, played with joy because we did not have school. A policeman came while playing and advised us to go to our homes immediately. The siren sounded. The newsagents were selling and shouting the branches in order to inform the people that war had been declared. Then the inhabitants started running. At Easter, a wing of the Academy that was turned into a hospital, was bombed. There were 8 nurses who were killed. Their statue is located in the courtyard of the Academy, to the left of the propylaea.