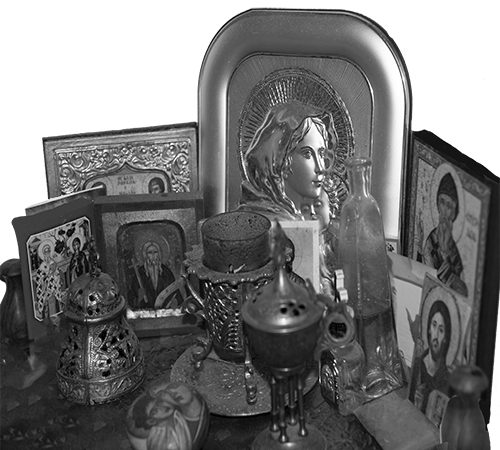 When my father was in the war and he went to Albania. When he returned to Greece, he had frostbites. He was told that he would lose both his legs. He was very upset that his legs would be cut off. The nurse took off his socks with scissors. He fell asleep for a while and saw the Virgin Mary next to him who told him not to be upset, I will not cut your legs, but look at the sock. He asked the nurse to give him the sock and there he saw an image of the Virgin Mary with a note writing “never defeated”. The next day the doctors told him that they would not amputate his legs.