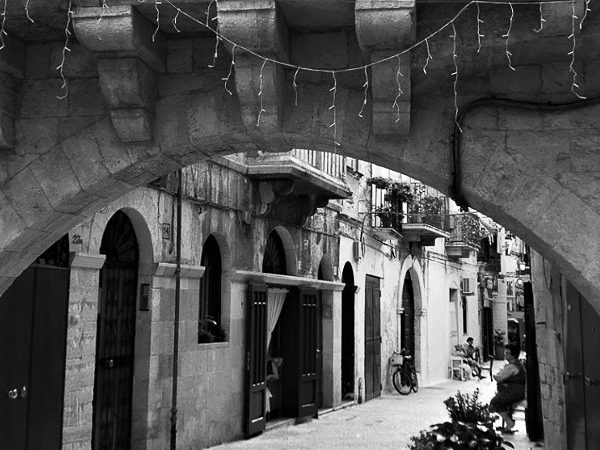 Once upon a time there was a beautiful girl named Isabella who had fallen in love with a boy. The two young people lived in old Bari in two buildings, one facing the other. Their parents, however, forbade them to meet. The boy, very much in love, had an idea: he decided to build a bow the next morning, as if by magic, appeared. His idea worked, in fact they managed to get married and lived happily ever after. From that day all the inhabitants of old Bari knew their story.