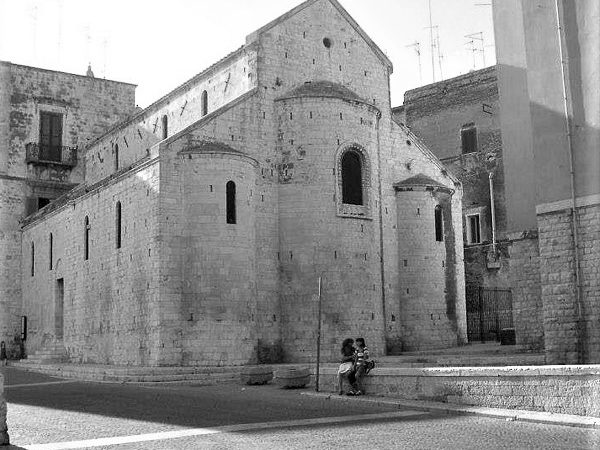 Easter is a feast of peace but in Bari, on Good Friday, there was no good blood between two congregations who had the task of carrying the processions of the Mysteries throughout the ancient village. An ancient popular legend says that the nine Mysteries that came out of Vallisa were called “le Sande Chiangiamìnnue” (the holy whiners) because the bearers of San Gregorio wished those of Vallisa that their procession was wet from the rain. The ten Mysteries of San Gregorio were instead called “Le Vendelùse” (The windy saints) because the congregation of Vallisa hoped that the procession of the “rivals” would be ruined by the wind.