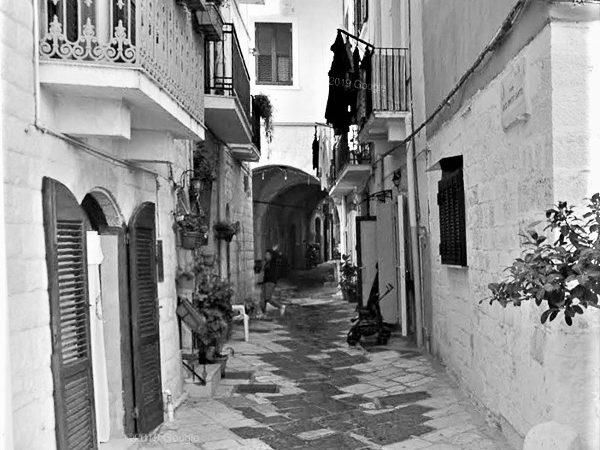 At one time when the streets of Bari Vecchia did not have a name, it was the newsagents and arches that allowed the inhabitants to orient themselves and give a name to the streets. But there was also another method that allowed you to orient yourself. It was enough to look at the color of the chianche: the white ones led in the center, the black ones led to the churches, which stood outside the ancient village. Today this road marking of the Chianche no longer exists!