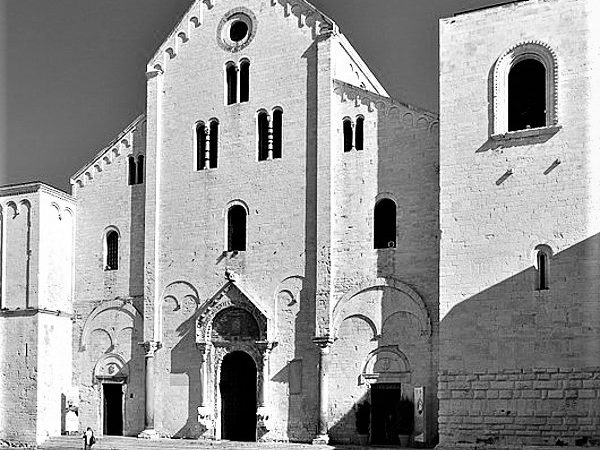 n December, in Bari, the vigils that lead to Holy Christmas begin. After the religious celebration of 6 December of San Nicola, which begins at 5 in the morning with the sound of the bells of the Basilica for the first mass, everyone goes to eat focaccia, sgagliozze (fried polenta), popizze and to drink hot chocolate accompanied by croissants and ladyfingers, in the skirts of the old city! To this day is associated the ritual of the spinsters, who after mass, have to make a turn three times around the miraculous column, placed in the crypt of the Basilica, in the hope of finding a husband within the year.
Grandma Lina intrigued me with the story of the spinsters, who knows if all the girls who went to go around the column got married.