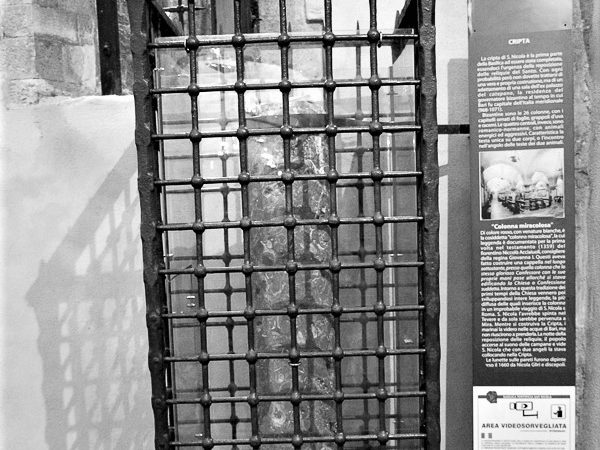 My mother told me the story of the “Colonna Rosa” which is located in the crypt of the Basilica of San Nicola. The girls, looking for a husband, on the night of December 6, had to go around the column seven times, ten times if they wanted a rich husband. For years they have done so but now that the column has been fenced with a grate, they simply touch it as a good omen for lasting love. According to legend, the column was placed there by St. Nicholas helped by two angels and for this reason it was considered miraculous.