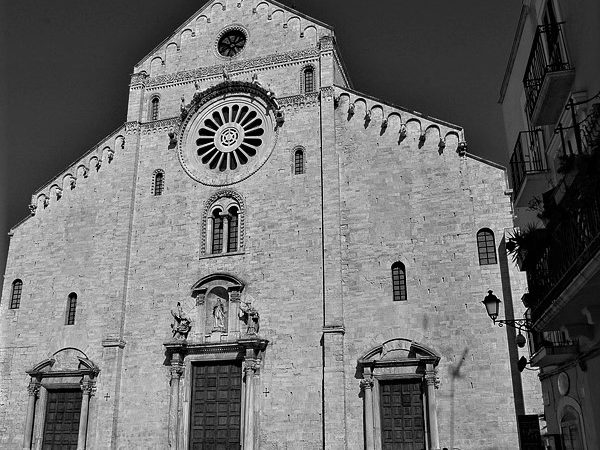 There is a legend that tells the story of the painting of the Madonna Odegitria who arrived in Bari on the first Tuesday of March of the year 733. This painting was painted by the evangelist Luke and brought to Jerusalem and then to Constantinople where he was much revered. The emperor of the time, however, believed the cult of icons to be exaggerated and therefore decided to destroy all sacred images.
Then two monks, disguised as sailors, tried to save the painting by boarding a ship bound for Rome. On the way there was a big storm. Only the ship carrying the sacred icon was saved. The ship stopped in Bari where it stopped. Since then the painting has been kept in our Cathedral.