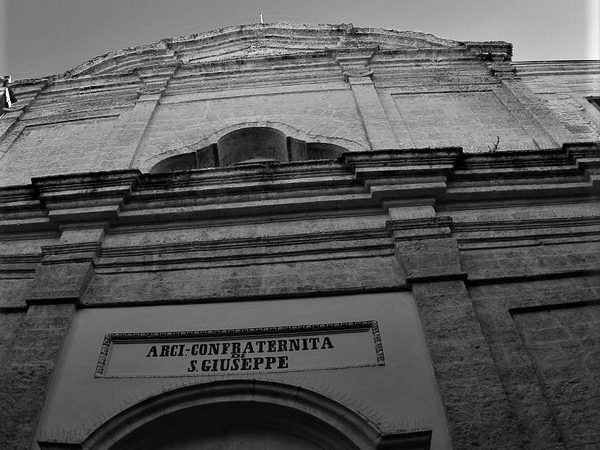 Legend has it that between the eighth and ninth centuries AD C. the noble Roman Churi Dottula from the return of the trip to Albania where she had gone to help her prisoner son brought back the remains of a pagan temple on which he built the church of San Giuseppe. The son sent to the court of the king of Albania, was unjustly ended up in prison because he was accused of having threatened one of the king’s daughters. The mother immediately ran to Albania. Here, inspired by the Virgin, she found a miraculous herb that healed the king’s daughter, who confessed to the falsity of the accusations against the boy. Returning to Bari with her son, Romana brought with her the remains of the ancient temple, which she used to build a church in honor of the Virgin Mary. For this reason the church was called “Santa Maria de Chyri Ioannaci”, from the name of the family of Romana’s husband. Once upon a time in front of the altar there was a funeral slab named after Romana, recounting its devotion. After the restoration of 1583, the church was entrusted to the Theatines, to the confraternity of Santa Maria Iannaci and finally to the confraternity of San Giuseppe.