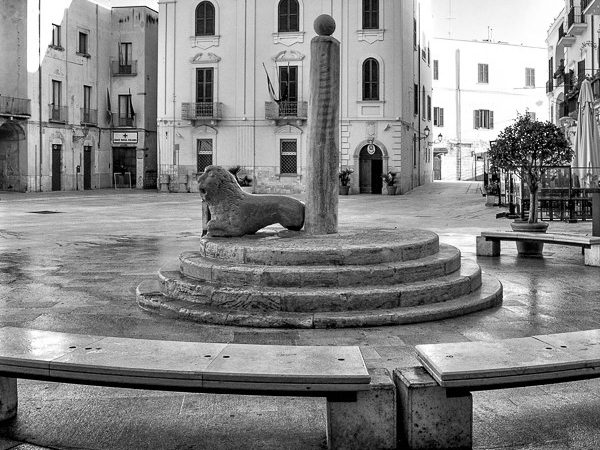 Palazzo della Dogana was built by the Duchess Isabella Sforza of Aragon or at least so says the coat of arms affixed to the facade. Isabella arrived in Bari in 1501 with her daughter Bona and settled in the Norman-Swabian Castle of Bari which she had modified to equip it with the most modern defense techniques and to add the towers. Then he rebuilt the Fort and the Sant’Antonio pier. But his most ambitious shipyard had no luck: he wanted to make Bari similar to Milan with a large navigable artificial canal that should have been crossed by many bridges. But the project was wrecked.