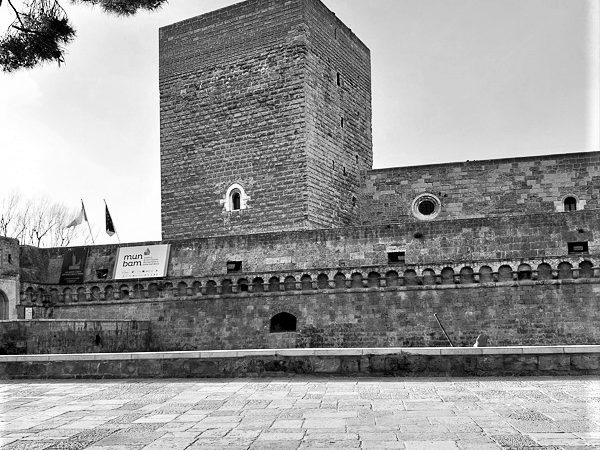 St. Francis, returning from Palestine in 1220, stopped in Bari as told by the Franciscan Bollario. It is said that he met the Emperor Frederick II in the Castle of Bari, perhaps for questions related to the crusades. At the end of the interview, a makeshift bed was prepared for him in the entrance hall of the castle and a beautiful girl was introduced to him. But as an inscription from 1635 says, the poor man of Assisi rejected the temptations of evil: “Here Francis, dressed in ashes only, won the lewd maiden and the hideous snake with fire.” The girl, who had been sent by the emperor to test Francis’ moral strength, would have run away frightened by the burning coals thrown on the floor by Francis.