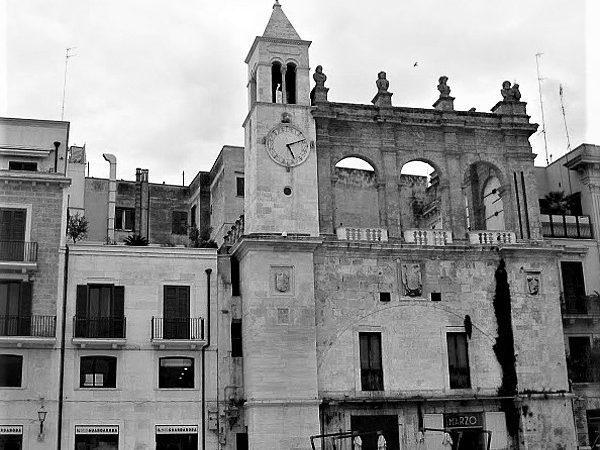 In 1601 a fire broke out in a warehouse in the mercantile square which spread until it reached the Palazzo del Sedile where the city Parliament met and there was an arsenal. Many ran to help take away the barrels of gunpowder. They had almost managed to avoid the worst when the last two barrels exploded causing 60 victims and destroying many houses and the church of Santa Maria della Misericordia. In 1602 the University had the palace rebuilt and in 1604 a clock was placed on a tower brought from Germany: it was the first in Puglia to strike the quarter hour.