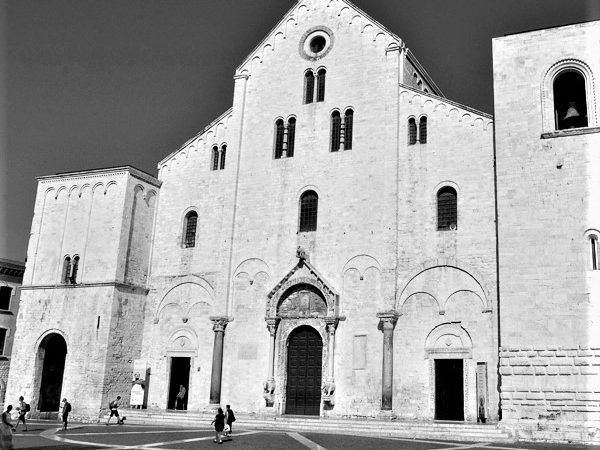 A piece of the Wood of the Cross in the Basilica is preserved in a reliquary with an ancient Greek inscription (IX-X century), set in the Angevin cross of the XIII century. The precious relic was donated by Charles II to the Basilica of San Nicola. According to the ancient inventories of the Basilica, the relic had been purchased in 1239 by St. Louis, king of France, by the Latin emperor of Constantinople Baldwin. When Charles II of Anjou decided that St. Nicholas should be his royal chapel he wanted to give the Basilica an adequate gift for which he placed the precious Wood, perhaps inherited from his father Charles I of Anjou (brother of St. Louis IX), inside a cross covered with precious stones (which were then stolen!). The reliquary reads: “Protect and save me, O Wood of the Cross, which with faith I wanted you to be kept in this case of silver and gems for a long time”.