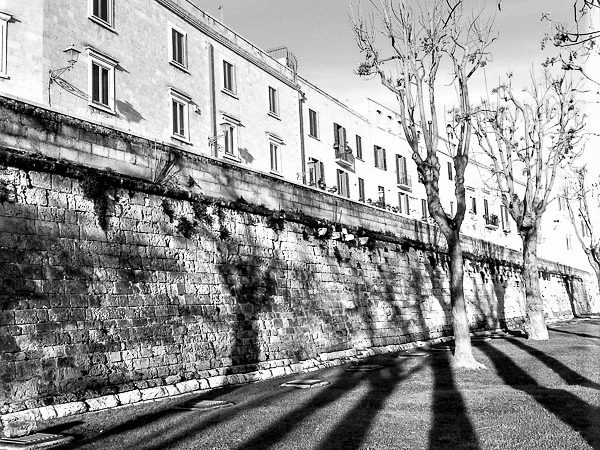 We “Bari” Doc invented the “a sguing” game: the teams were made up of even numbered players and an odd person was sought who could referee, “U Pal ‘o” U Cuscin’. Two phases alternated: “chidd’ c’avevan sta’ sott’ e l’atr’ c’avevan z’bba’ e sta’ sop’”. People were even and odd to draw who should start jumping. Who jumped he had to do it with all his players in turn, without losing his balance or falling down, and he had to hold on by embracing “cudd ‘d’ sott ‘”; if someone lost balance and fell, positions were reversed; to have a valid point the jumping team had to break the chain or make it “schinicchiá”, that is to make the opponents’ knees bend. The sub team had to hold on for a set time. The referee “U Cscin” counted up to 30 or a maximum of 50. The player who resisted the most won the game.